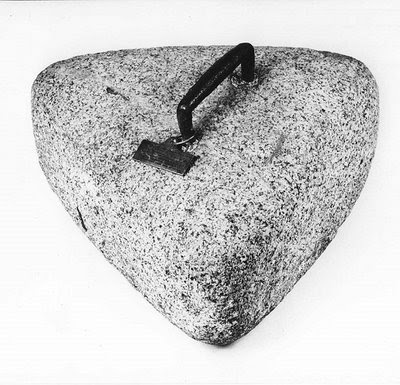 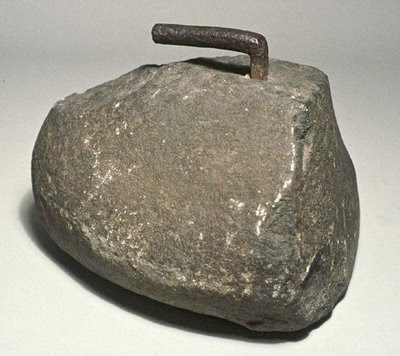 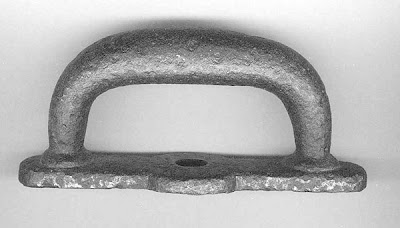 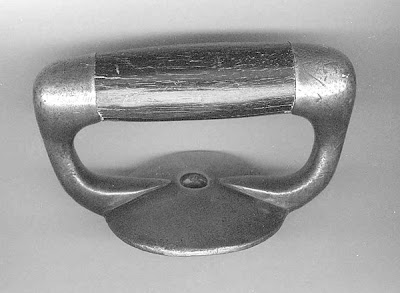 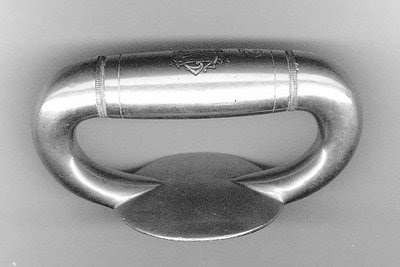 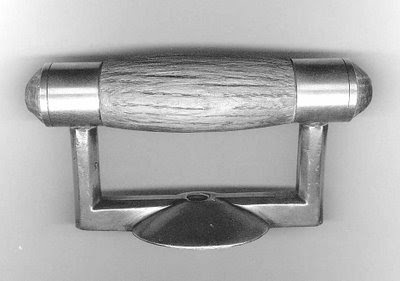 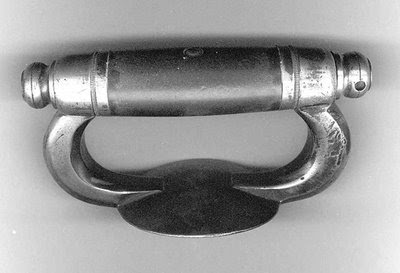 Wonderful selection of handles.I have a T handle in my collection.I would suspect more from the modern era.Would the T handles be more native to Canada or imported from Scotland?? I don't recall a makers mark on mine but will check when I get home( I'm enjoying Arizona for the winter)Shirley Adams

The only pair of such handles that I have ever seen are shown in the photograph on page 45 of my "Curling: An Illustrated History". I tried to acquire them but the owner was unwilling to part with them.

As far as I am aware they were Scottish.

At the weekend I saw a pair of old stones with closed handles. There was a wooden insert in the horizontal part of the handle. The handle was fastened to the stone with a single bolt using a leather washer with "petal edges" under the handle. Is it possible from this description to give any idea of age or rarity?