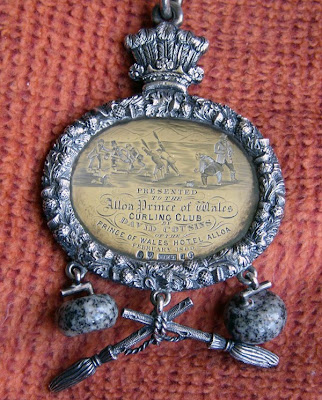 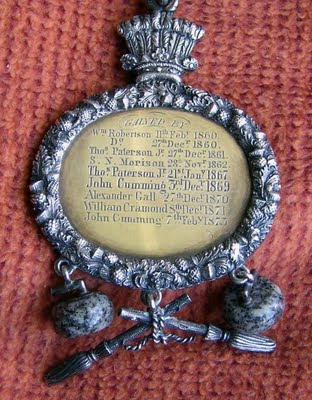 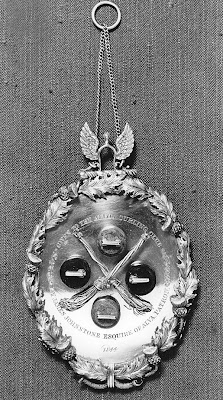 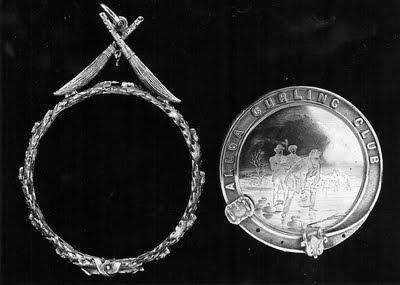 Wow! That's my ancestor on the back of that medal! How exciting to know that he was a champion curler! If you ever want to sell the medal...

Alexander Gall’s son could have quite possibly taken the medal to New Zealand when he immigrated there. Just a thought.