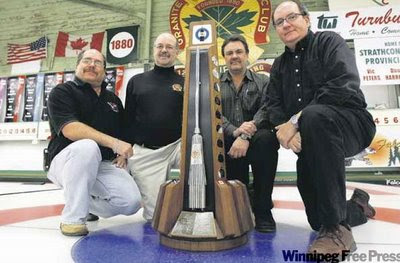 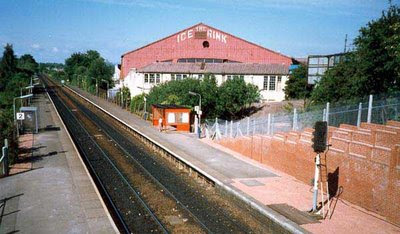 My curling career started at Crossmyloof Ice Rink in the early 1960s when I was a pupil at Hutchesons' Grammar School, just across the road. This photo was taken from Crossmyloof station. The rink closed in the late 80s and the site is now a supermarket. (Photo from this wonderful RAILSCOT Intranet site here) 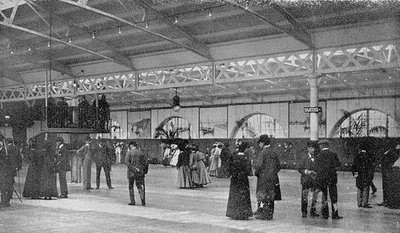 The first rink at Crossmyloof opened on October 1, 1907, the enterprise of a few Glasgow businessmen. It could accommodate six rinks for curling, and was the first place in Scotland where curling could be enjoyed when it was not cold enough for outside play. This proved to be extemely useful when the Canadians visited in 1909 for the Stathcona Cup matches, see here.
This pic is from an old postcard of the 'Skating and Curling Pavilion, Crossmyloof', and shows the bandstand in the centre of the rink! 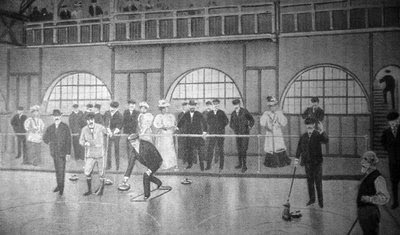 Curling in 1907. Pic from a Royal Caledonian Curling Club Annual.
The rink closed at the end of the first world war and was purchased by William Beardmore and Company Ltd, to be used for the manufacture of aero engines. In 1929, a new rink was opened on the Crossmyloof site by the Scottish Ice Rink Company. Some of the walls of the old building were used in the construction of the new arena, which was somewhat bigger than the old. In the 1930s, a seven sheet curling rink was added to the complex, and then in 1961, a further four sheets were added for curling. 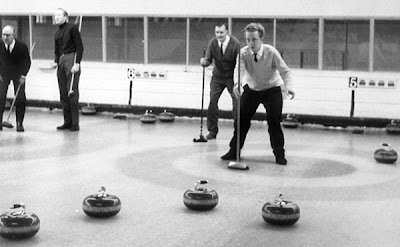 This is on the main seven sheet curling rink at Crossmyloof sometime in the early 1960s. The curlers in the centre are playing with the Alley Club on a Saturday morning. The player to the rear, in the cardigan, is Peter Cowan. (From Bob's collection) 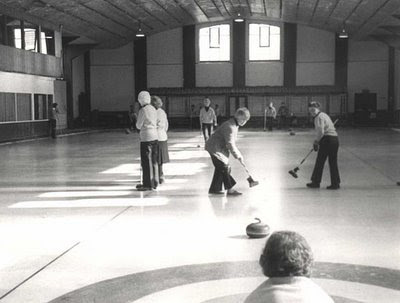 This photo was taken in the four sheet annex, and shows Glasgow Ladies CC at play. The pic is from the Club's archives. The pipes ran across the sheets rather than lengthways and were plastic, the first time these had been used anywhere in Europe. 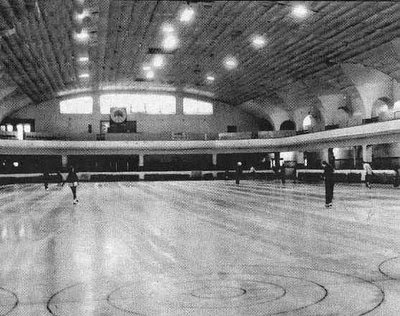 This is a view of the inside of the main arena, with skaters, and curling circles. Date (and source) unknown. 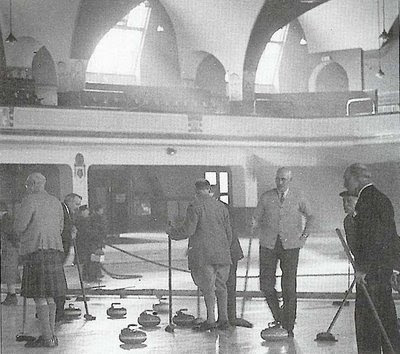 This is curling in the main arena, again date (and source) unknown. In the 1960s, on certain evenings, all the ice at the Crossmyloof complex was in use for curling, seventeen sheets in all. 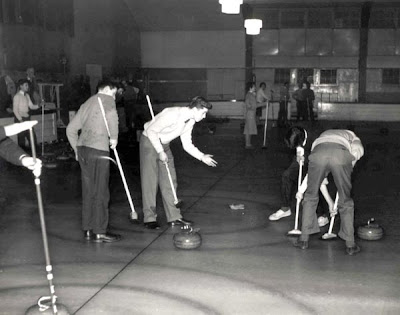 Now, the next three pics are something of a puzzle. They show young people at play on the main curling rink, before the bar which overlooked the ice, was built. What was the occasion? It could well have been the first inter-school match between Hutchesons' Grammar and George Watson's in Edinburgh which took place in December 1961. Information would be welcome. Anyone recognise anybody? 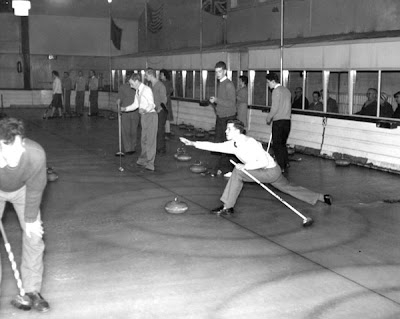 Note the spectators in the 'hot house'.

There are other photos of curling at Crossmyloof on the SCRAN site here. I would be pleased to learn if anyone reading this has others. I would also like to be able to correctly credit those pics whose source is not indicated.
Posted by Bob Cowan at 18:31 5 comments: