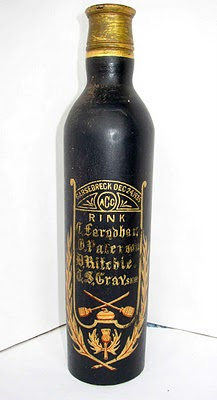 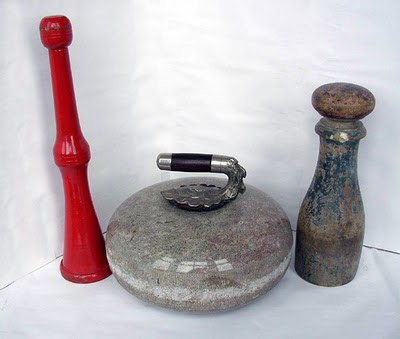 Above: Two tee-markers beside a stone of standard size. The red one on the left featured in the curling scene in the film My Life So Far. The film crew repainted it. The other one is from Dunblane.
Posted by Bob Cowan at 18:17 2 comments: