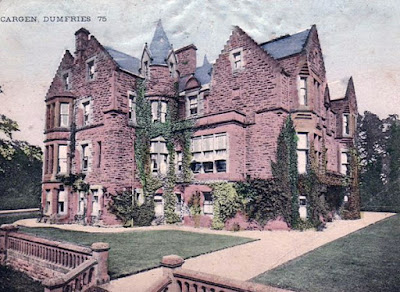 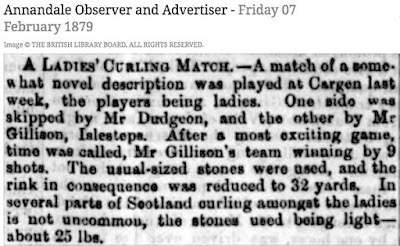 My thanks go to Lindsay Scotland for pointing out the 1879 clipping in the Annandale Observer. The image of Cargen House is from an old postcard. The house was demolished in the 1980s. The British Newspaper Archive is a wonderful resource for anyone interested in curling history.
Posted by Bob Cowan at 13:41 No comments: