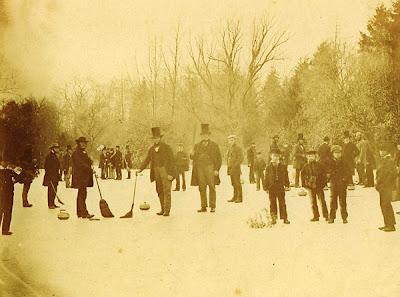 Top: This photograph of curling in the late 1850s on Smeaton Lake near East Linton shows what the Newcastle and Linton curlers would have looked like. One of the very earliest photographs of the game. From the author's archive.
Posted by Bob Cowan at 19:19 No comments: 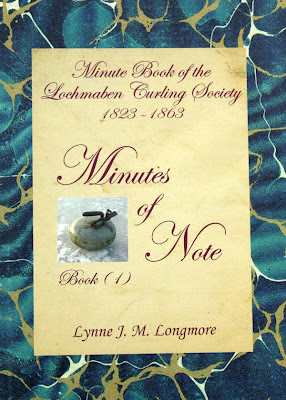 A limited number of copies of the book are available, priced at £20. Contact Lynne Longmore directly by email: curlingminutes@btinternet.com.
Posted by Bob Cowan at 10:33 No comments: