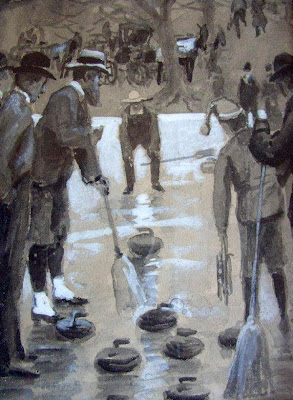 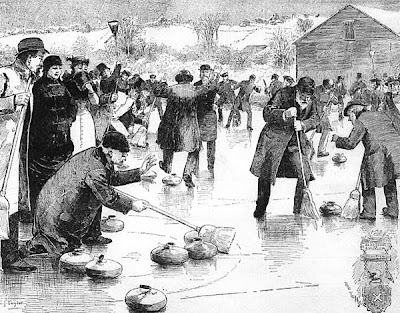 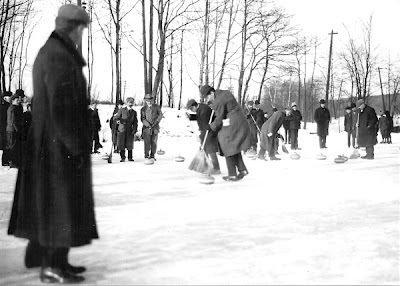 Top: The watercolour of curling on van Cortlandt Lake. Middle: The print from Harper’s Weekly.Above: Photograph (undated), of curling on the Lake.Images are from the author's archive.
Posted by Bob Cowan at 20:04 No comments: