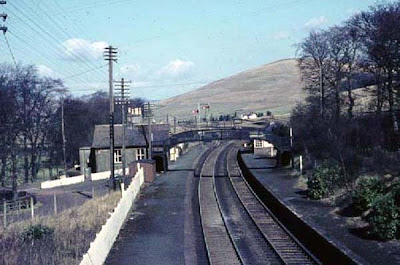 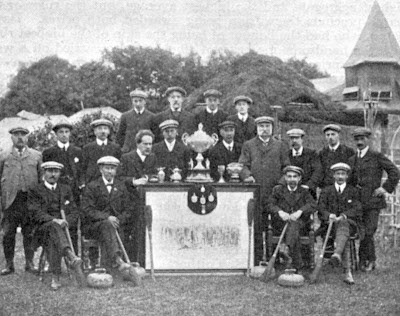 
The 'Diamond Jubilee' pictures mentioned above, one of which can be seen in the photo, were engravings of Charles Martin Hardie's painting which had been commissioned to celebrate that event in 1899. The original is owned by the Royal Club and is in Scone Palace. A version of the original is on show in the National Portrait Gallery, see here.
Posted by Bob Cowan at 10:05

Delighted to see the account of Abington Curlers at the Grand Match
as I am proud to be in possession of one of the medals won.Not sure of my relationship to the curlers involved,
but possibly great grandfather and/or
great uncle(s). Curling lives on in the family, my sister and I both curl and also nephews, David and Kenny Edwards.
Thanks for sharing this item
Anne Key, annekey@fsmail.net