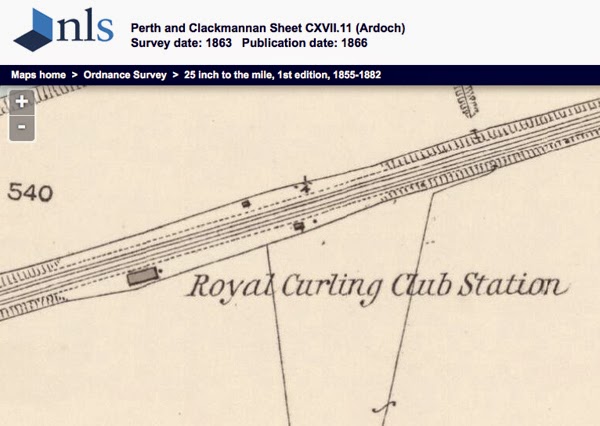 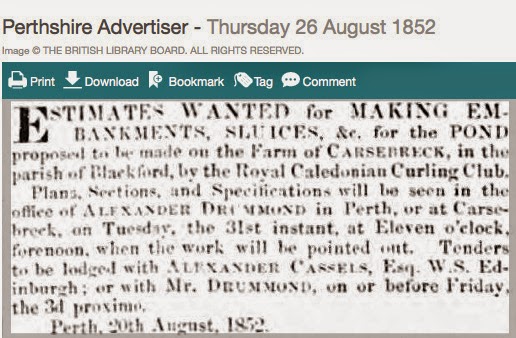 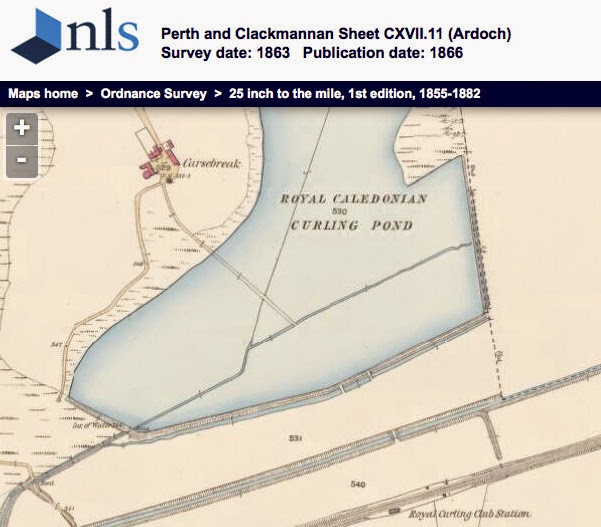 The map images are screenshots from the Ordnance Survey maps available on the National Library of Scotland maps website here. The image from the Perthshire Advertiser is © THE BRITISH LIBRARY BOARD, ALL RIGHTS RESERVED, and reproduced with kind permission of The British Newspaper Archive.
Posted by Bob Cowan at 10:04

Thanks, Bob, for the ramble around the old curling pond on foot with pictures, maps and history. So! Why is that farmhouse abandoned? Who owns the land now? Is Carsebreck on the list of possible future grand match sites or curl-able in deep cold snaps?

I visit carsebreck with my dog many times as I live locally but had no idea it was constructed for curling! Would be great to hold a national bonspiel again!

My grandfather William Angus farmed Carsebreck during 1920's and 1930's. Royal Caledonian Curling Club used to send a telegram asking him to measure the ice thickness to see if a match could be played. This was a big event seemingly and I still have newspaper photos of him beside an 11-inch thick plug of ice. The last Bonspiel was in 1935.

Hi John
There's a photo of your grandfather with this article : https://curlinghistory.blogspot.com/2016/12/carsebreck-1928-black-day-in-annals-of.html
Regards
Bob