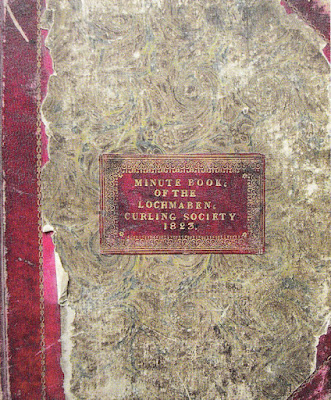 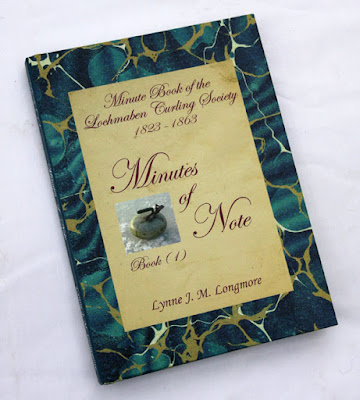 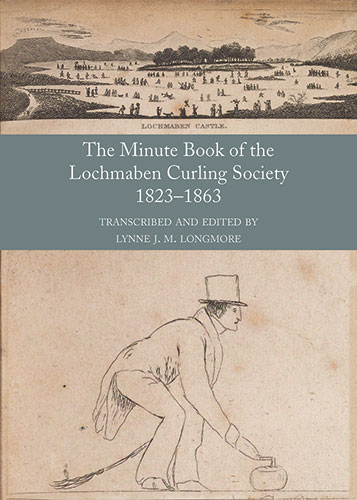 Thanks to Lynne for her help with this article. Some of her MPhil dissertation research has been published: 'Curling Medals in Nineteenth Century Scotland: Their Historical, Social and Cultural Significance within Rural Parishes of Dumfries and Galloway' by Lynne J M Longmore, Review of Scottish Culture, Volume 26, 2014, pp87-108.
Posted by Bob Cowan at 13:10

Dare I ask what is the 2 rock rule? Looking forwrd to reading Lynn's work.

Hi Alice
The 'two rock' rule refers to four players, each playing two stones. Although recommended by the Royal Club on its publication of the first rules in 1839, this did not become mandatory until 1875. From 1842 until 1874, the rules published in the Annual stated,"Every rink to be composed of four players aside, each with two stones, unless otherwise mutually agreed upon." So clubs playing against each other for a District Medal, for example, could choose how teams should be made up.

In the early nineteenth century many parishes and clubs played eight aside, although some took to the ice with between five to ten players aside, each with one stone. A few clubs continued with seven or eight aside, not agreeing with the Royal Club's recommended way of playing. But four players, each playing two stones, gradually became the norm, and from 1875 this was the rule for team play.
Bob