Some facts about old stones 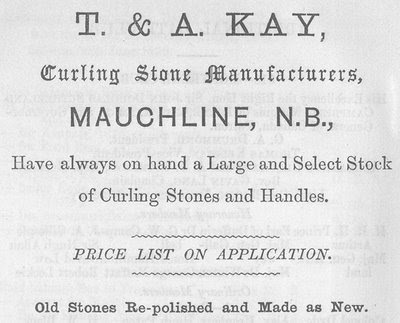 This article was written by David Smith and was published in the March 2008 Scottish Curler.

The manufacture of curling stones on an industrial scale has never been common, perhaps because the product is so durable. Particularly when the game was almost solely played outdoors, stones hardly ever wore out - though some were broken in play - and were handed down from grandfather to son and grandson.

Noo, Dave, a preasant I’m to gie ye -
Tak’ may aul’ favourite stanes doon wi’ ye;
Tho’ chippit sair they aye rin soond;
An’ maybe as the years rin roond
They’ll lie as aften near the tee
Wi’ you, as they hae done wi’ me.

from An Auld Curler’s Advice to his Son, by W.S.F.

The years around 1900 seem to have been the high point in the proliferation of curling stone factories: there were seven then: Thomas Thorburn in Beith; T & A Kay in Haugh near Mauchline; Andrew Kay & Co. in Mauchline; John Keanie & Sons in Lochwinnoch; Donald & McPherson in Stair; David Beveridge in Perth; and J & W Muir in Beith. For ten or eleven years before 1892, Provost Gordon of Bathgate, himself a keen curler, was involved in making stones.

All of these firms, it appears, not only sold by retail, and repaired and repolished stones, but also sold by wholesale, for some of the big Glasgow and Edinburgh ironmongers and sports warehouses, like P & R Fleming & Co., Argyle Street, Glasgow, and R Anderson & Sons, Princes Street, Edinburgh, regularly advertised large stocks of curling stones ‘by the best makers’.

It is in the adverts that one comes across the great variety of stone types used in the manufacture. For instance, in 1882 Fleming advertised Burnocks, Tinkernhills, Ailsas - Grey and Red Hones, Carsphairn Red and Crawfordjohns; in 1890 Donald & McPherson added to these Silver Greys, Muthills, and Giells; and in 1892 Anderson advertised Grey Ailsa Craigs, Red Ailsa Hones, Grey Ailsa Hones, Crawfordjohns, Burnock Waters, Earnock Moor; to which in the same year Redpath, Brown & Co. added Blantyre Blacks, Blantyre Silver Greys, and Douglas Water.

Since almost nobody within living memory has bought for personal use a new pair of stones, most of these names mean little or nothing to the curling population. We all know - or do we? - what Common Ailsa looks like, and some of us know that the insert in an Ailsert stone is crafted from Blue/grey hone Ailsa, but how many would be able to tell a Crawfordjohn or a Burnock, far less a Tinkernhill or a Carsphairn Red? I personally couldn’t recognise a Blantyre, whether black or silver grey, and although I know where Muthill and Earnock are I have no idea what a stone bearing the name of these places looks like. As for Giells, is this a place or a person?

The main difference between stones of that distant period and the present is that they were made with two running surfaces: there was a more highly polished side for drug ice, and a less highly polished one for keen. The configuration of each sole was also different. The result was that the curler needed only a single pair of stones to answer to the many sorts of ice he encountered outdoors, whereas in former times it was necessary, if it could be afforded, for the keen curler to go to the ice with more than one pair of stones. 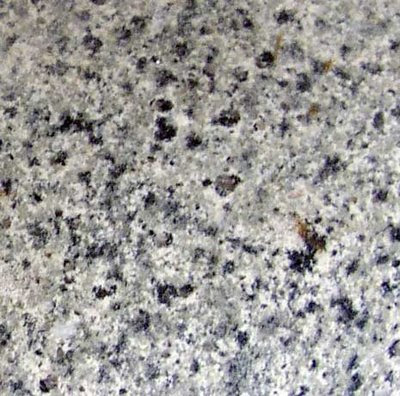 Most curlers will recognise Common Ailsa, also called these days Green Ailsa (there being nothing ‘common’ at all about curling stone metal!) 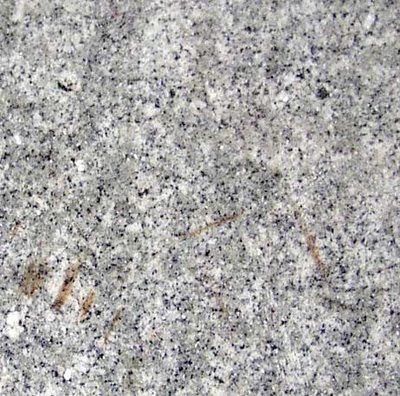 Blue Hone Ailsa. This is commonly used nowadays for the running band of new and reconditioned stones. 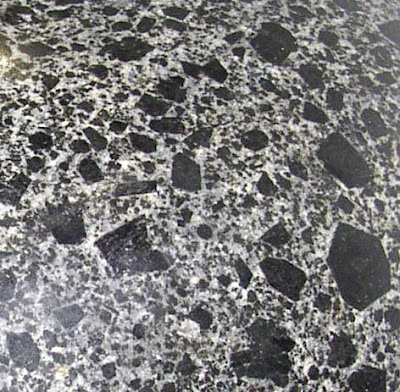 This is a closeup of Crawfordjohn which came from Craighead quarry near Abington. 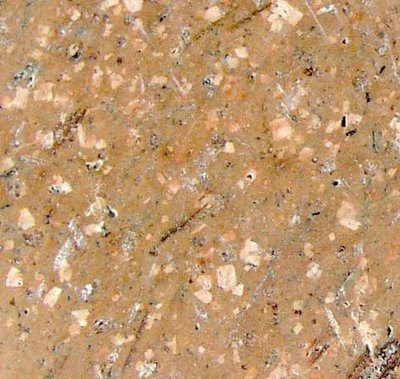 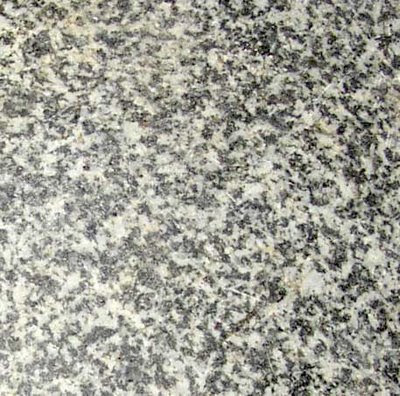 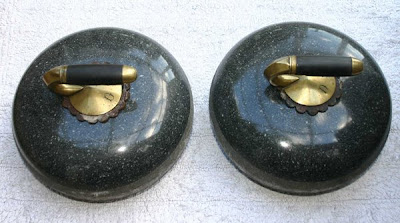 This beautiful pair are Burnock Water stones from around 1900.

The photographs are by David B Smith and Bob Cowan.

Please comment if you can contribute further information about the subject matter of this article.
Posted by Bob Cowan at 14:26

Now that's an idea I'm going to take up.

Hello. e have inherited a pair of stones that were used by my Scottish Mother-in-laws Grandfather. They have been left in the garden for a number of years but seem to be in very good order. However I would love to bring them back to their orginal condition. How do you go about polishing the stones? Any tips?

Hi
It's not something you can do yourself. Kay's at Mauchline will refurbish your stones, although this is not inexpensive. Sometime a local monumental sculptor may be willing to try.
Actually, there are lots of old stones still lying about - it's getting handles for them that's the problem.
Good luck with your efforts.
Bob

Hi. Can you tell me how I would get a pair of curling stones valued?

This is a question I get asked often. I'm always interested in looking at old stones.

Send some pics of the stones to me at the email address on the sidebar of the blog, and I'll let you know what I think.

Please look at China Tiano Granite (tianocurling.com), that we use to produce curling stones. It is similar to Blue Hone

Hi Ben
Email me some pics (address on blog sidebar), and I can tell you about them. Bob

I attempted to leave a comment earlier but it appears to have gone lost! Please send me your email as I have not been able to find it on your blog.

I would like to share some pics of a couple curling stones with you and get your opinion of them.

Hi John
My email address is clearly on the side bar, fourth paragraph, on the right of the page.