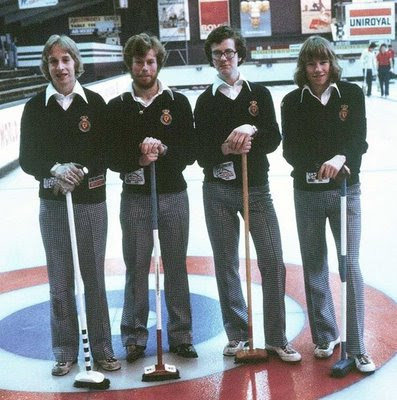 In these days of the internet, digital cameras, interactive television and webcasting, it is easy to forget how difficult it was to record in pictures the curling events of years past. In 1976 I travelled to Aviemore to watch the second Uniroyal World Junior Championship at the rink in the Aviemore Centre.

I had my camera with me, and took a few 35mm slides. The results weren't very good. I kept a few of the slides over the intervening years and had them digitised recently. The Scottish team (above) was L-R Bob Kelly, Ken Horton, Willie Jamieson and Keith Douglas, from Glasgow Young Curlers Club. Here are three more of my pics from that wonderful week - the first time I had watched a complete international event. 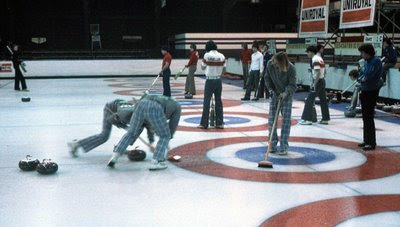 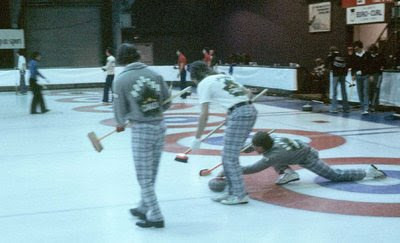 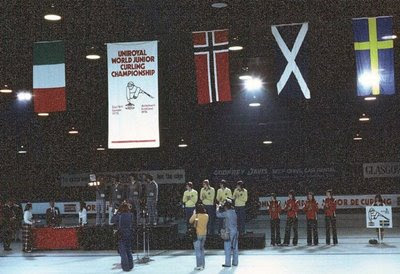 The presentation ceremony, Team Canada on top of the world!

But the above was not the main reason for today's post. Bob Kelly recently lent me a VHS videotape that had been converted from the 16mm film which Uniroyal made at the time for promotional purposes. Bob knew of my interest in rescuing old video footage of curling. This thirty minute film record of the 1976 event is now on DVD. Perhaps one day (soon) it will be possible for all to see again on the web. Already tantalising snippets of historic curling footage can be seen on YouTube (for example here), and in the CBC archive. The future is indeed exciting for the curling historian.

What can be done today though is to extract singles frames from the DVD. The quality is not great, even allowing for the fact that the original film image has been twice converted. See what you think! 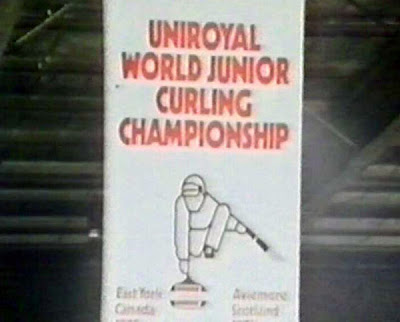 The championship flag, with just two venues on it. 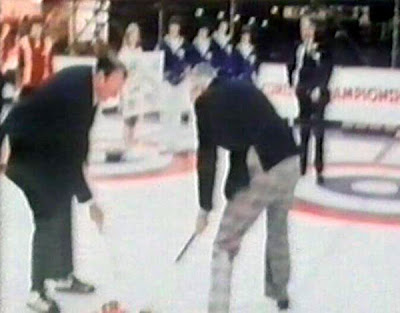 Something you don't see every day - Scotland's World Champion skip (from 1967) Chuck Hay sweeping! It was the opening stone of the event. 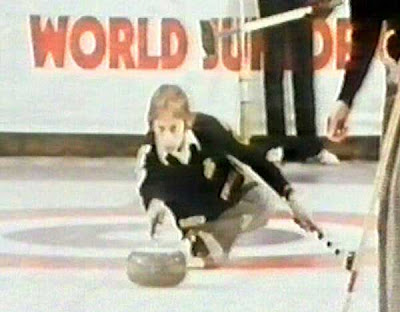 Bob Kelly and his team lost to Canada in the semifinal. All the records are on the WCF site here. 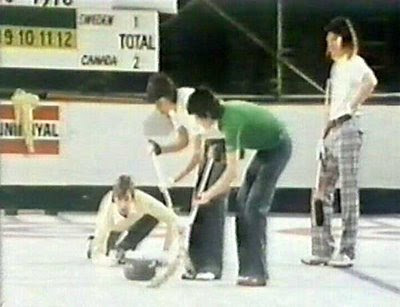 Sweden's Jan Ullsten and his team lost the final to Canada. 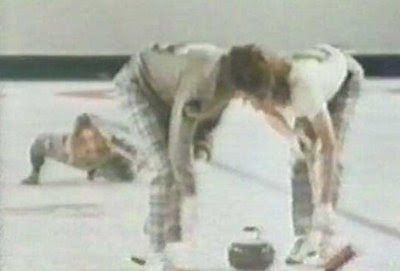 Another pic of Team Canada. I think it fair to say that the 'colourful' Gowsell team caused some raised eyebrows amongst the traditionalists in Scotland!
Posted by Bob Cowan at 00:02