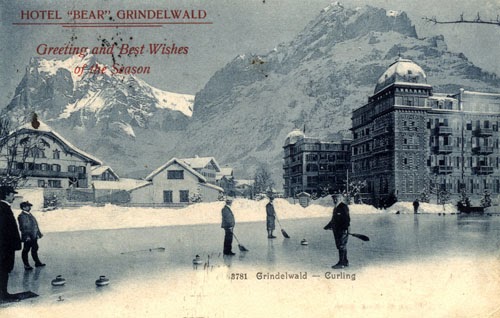 At this time of year, I'm always on the lookout for Christmas cards with a curling theme. Over the years I've sent, and received, quite a few. And I've kept some although I hesitate to call these 'a collection'. I will not be surprised to learn that 'out there' there someone has a large thematic collection of curling Christmas cards. Here are just a few of my own.

In the heyday of the postcard, in the early years of the twentieth century, it was not uncommon for regular postcards to be overprinted with a Christmas greeting. Although the one above is a Swiss card, promoting a large Grindelwald hotel, it is interesting to note that the overprint is in English, as at that time, the majority of winter tourists to the alpine resorts were Brits! There is another example of an overprinted Christmas card, this time from the UK, in this post.

For many years, the Scottish Curler magazine sold a Christmas card. These first appeared in 1967, when a scene of curling on Duddingston Loch was reproduced on the cards, from the painting by Charles Lees. An order form was inserted with each magazine, and in 1967 the cost was 15/- per dozen, including envelopes.

The pink tinted illustration above was the Scottish Curler Christmas Card for 1973. By this time the cost had risen to £1.25 per dozen. 'The Curlers' is probably the most famous painting of a curling scene. Sir George Harvey painted the original in 1834-35, although I should probably say 'originals', as more than one version of the painting is known to exist.

The most impressive version now belongs to the National Galleries of Scotland, see here. 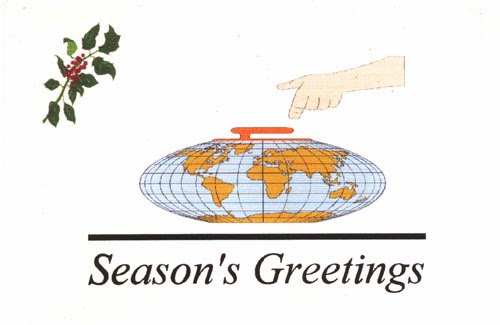 This unusual card was sold by the US Women's Curling Association, artist and date not stated. 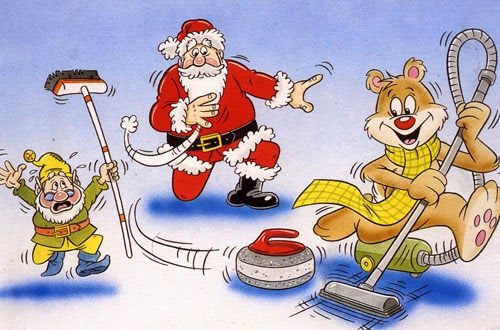 This card was sold by the Province of London Curling Club. The artist is not named. 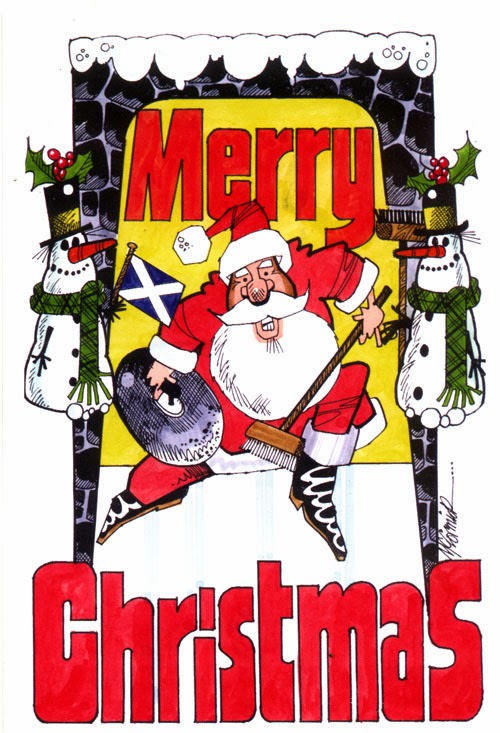 The Royal Caledonian Curling Club for a number of years marketed Christmas cards to raise funds. This is the first of three examples I've picked out. The drawing is by Malky McCormack from a design by Beth Cashin. 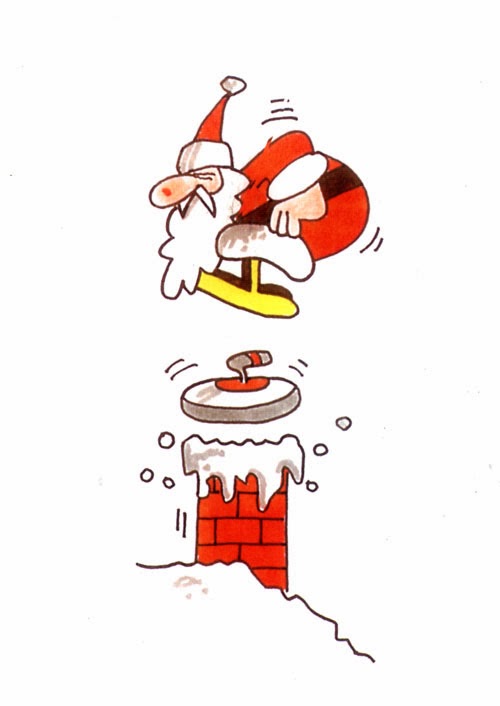 This is another Royal Caledonian Curling Club card. The image is by the late Rod McLeod, a well known cartoonist whose work could be found in the Daily Mail, Daily Record, Daily Express and the Evening Times. He was a keen curler, a member of the Nondies CC, and is fondly remembered by many. 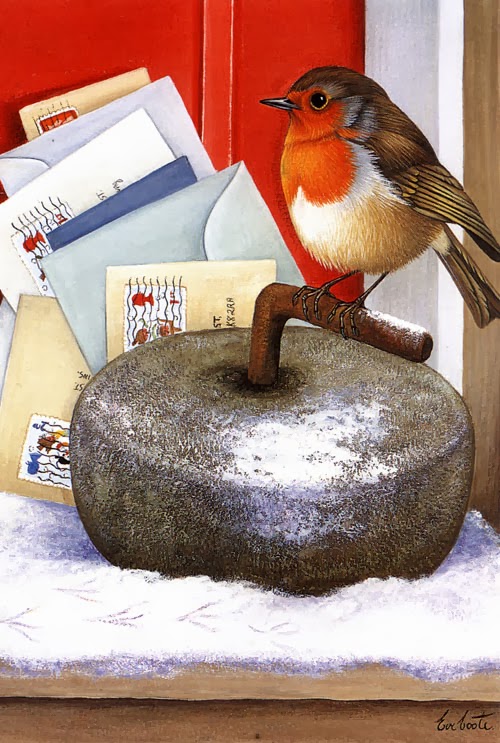 This is another card marketed by the Royal Caledonian Curling Club in association with Cameo Fine Arts of Peebles. The image is entitled 'Christmas Post' by Eve Coote. 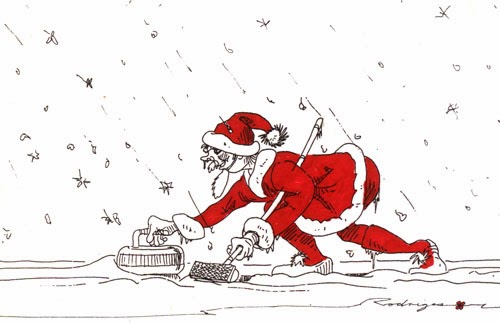 Ian Rodney, who devised a cartoon every month for the Scottish Curler magazine in the years 2002-09, drew Santa for this Alternative Curling Club card. 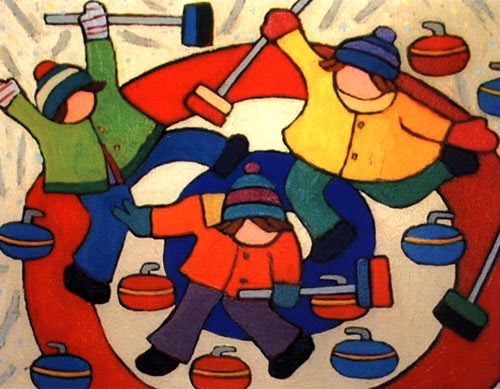 The image on this card is 'Curling Fun' by Canadian artist Terry Ananny.

This card, which was sold in aid of the National Trust for Scotland, uses part of 'The Curling Match' by Charles Altamont Doyle, and is credited to City of Edinburgh Museums and Art Galleries, Scotland/ Bridgeman Art Library, London.

David and I wish all followers of the Curling History blog, and indeed all curlers everywhere, 'Merry Christmas and a Happy New Year'!
Posted by Bob Cowan at 10:28