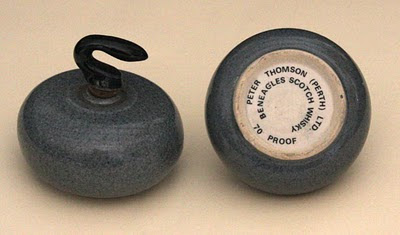 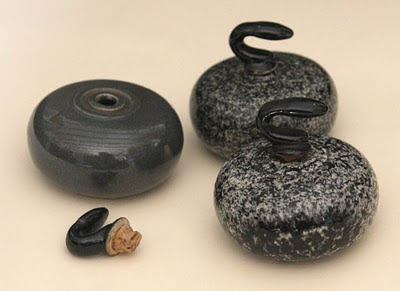 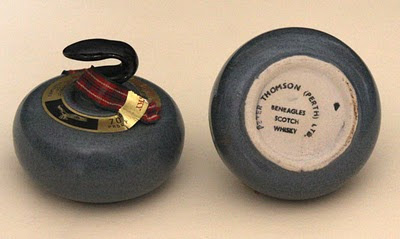 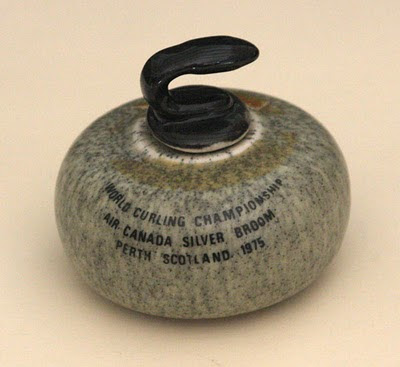 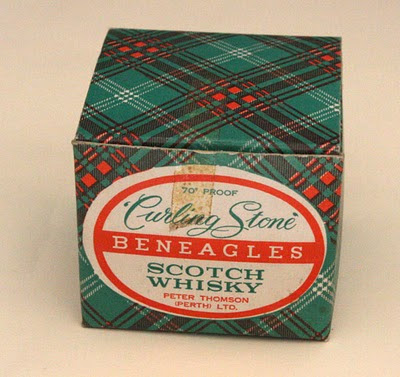 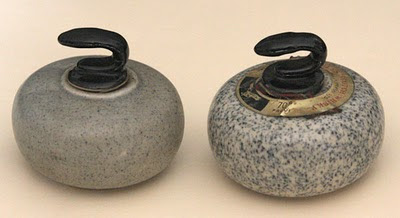 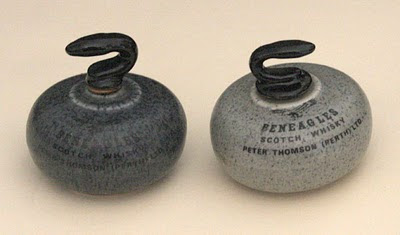 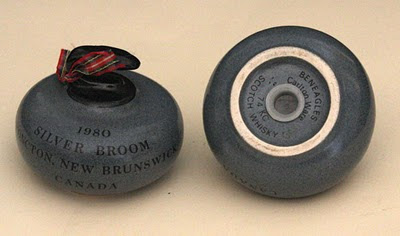 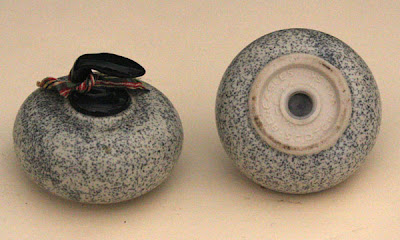 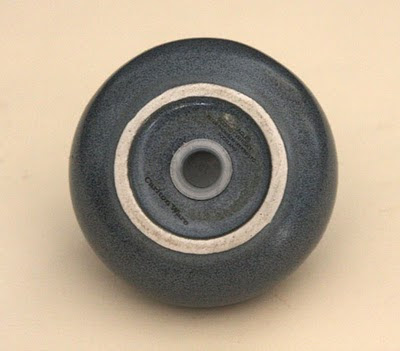 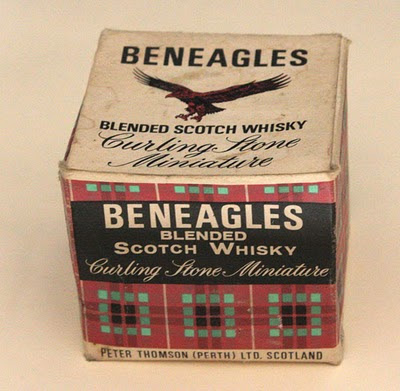 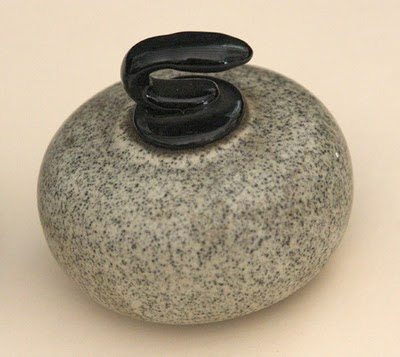 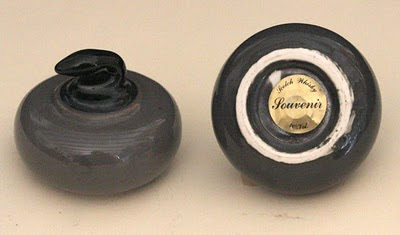 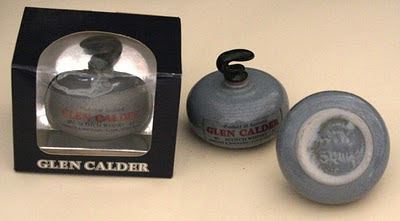 Yes there will be a Part 2, which will describe whisky decanters of different shape. To follow!
Posted by Bob Cowan at 07:33

I have recently acquired a Ben Eagles curling bottle. The whisky is still in it as well. It was my grandfather's and he passed away in 1982 so it predates that. There is a label on the bottom that says Peter Thompson (Perth) limited Scotland. The curling stone is also stamped on the bottom with Beneagles in black. Most of it is covered by the label so can't read the entire marking. I would be very curious to have more information about this piece. Your article was very interesting.

Here in Christchurch, New Zealand, I've recently been given the same from a large collection of miniatures purchased as a deceased estate. Someone drew my attention to this recent auction in the UK. Two curling stone miniatures sold for 170 pounds! https://whiskyauctioneer.com/lot/5015502/beneagles-scotch-whisky-ceramic-miniatures-x-2